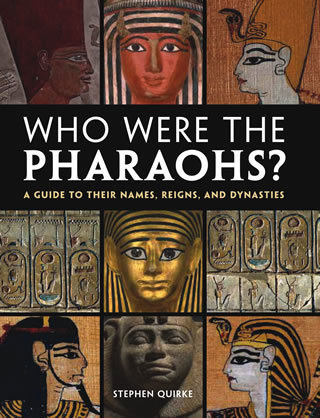 Who Were the Pharaohs? A Guide to their Names, Reigns, and Dynasties "Soft Cover" english edition

A unique look at the names and identities of the monarchs of Ancient Egypt.
In ancient Egypt, a name did more than express one’s identity; it incorporated it, forming a profound element of it. Names of kings were especially important as the king of Egypt acted as the earthly counterpart to the sun-god. At his accession to the throne, a pharaoh would take five names to distinguish him from ordinary human beings, the first being his birth name and the remaining four composed specially for the coronation. Covering 3,000 years of history from the dawn of Egyptian writing to the use of royal names under the Roman emperors in Egypt, Who Were the Pharaohs? first gives an in-depth but accessible history of ancient Egyptian royalty and society, then provides an extensive list of royal names with the principal cartouches for all the major kings of ancient Egypt as well as some lesser-known but equally intriguing pharaohs, and details the key events and characteristics of each reign